tales from the golden age part 1

Synopsis
Tales from the Golden Age consists of six different short stories happening in the same historical period and following the same narrative pattern.
The screenplays have, as starting point, Romanian urban legends from the late communist period – popular and sometimes humoresque stories believed to be true.
Comic, bizarre, surprising, these myths drew on the often surreal events of everyday life under the communist regime. Humor is what kept Romanians alive, and Tales from the Golden Age aims to re-capture that mood, portraying the survival of a nation having to face every day the twisted logic of a dictatorship.
The last 15 years of Nicolae Ceauşescu’s regime were the worst in Romania’s history. Nonetheless, the propaganda machine of that time referred without fail to that period as The Golden Age.

The legend of the official visit
On the occasion of Ceauşescu’s working visits, countryside mayors ended up by hanging fruits in trees to make sure their villages would be noticed, obeying even the strangest orders coming from the fierce Party activists.
The legend of the official photographer
Communist Party secret regulations stated that in official pictures President Ceauşescu couldn’t take his hat off in front of the representatives of the rotten capitalistic world, President d’Estaing included.
The legend of the greedy militia-man
A policeman gets a living pig as gift before Christmas and decides that gas poisoning would be the best way to kill the animal silently amongst his hungry neighbors.
The legend of the zealous activist
A zealous young activist promises in front of his superiors to eradicate illiteracy in a remote village. He goes there and orders all villagers, no matter their age, to come to school to learn how to read and write. People are reluctant as they consider it is shameful for aged people to sit next to children in school. The shepherd of the village refuses to show up but sends his grand-son. Learning to read and write, the child starts to identify potential dangers everywhere around. World becomes a much more full of perils place for them than when they were illiterate and the first victims of their knowledge appear in the rows of the party activists. 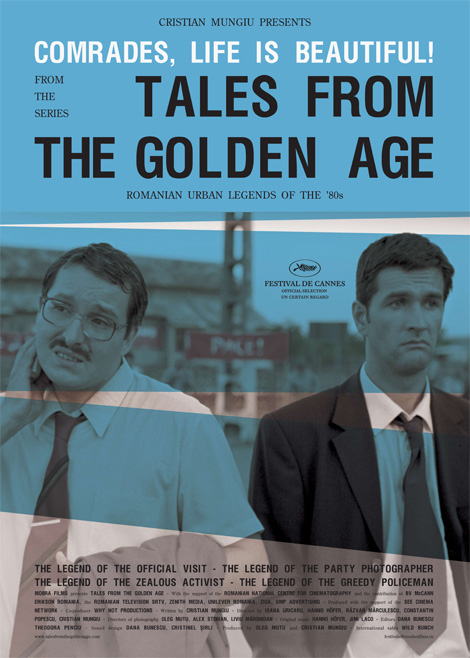 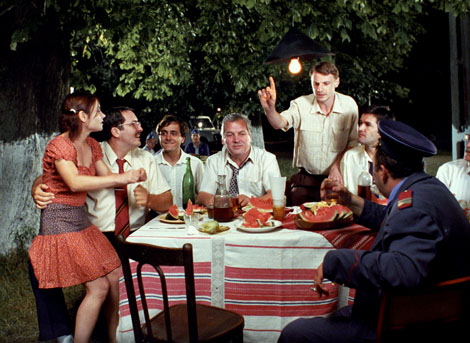