Lost and Found is a film project for which six young filmmakers from Eastern Europe have each created a short film. The project is based on the idea that the sense of a common bond determined by belonging to a generation, and so reaching out beyond national borders, opens up new perspectives on traditions, history and one’s personal experience. Young directors, amongst the most talented of their respective country of origin, were then invited to tell their very personal “generation story”. A full-length film has developed out of the six short films – five of the films (four short films and a short documentary) are tied together visually and dramatically by an independent animation story.

Synopsis
In this small mountain village, Tatiana spends a lot of time talking to her turkey. She now tries to teach him the difference between a square and a circle. But before his training is over they have to leave in their first trip to the big town. 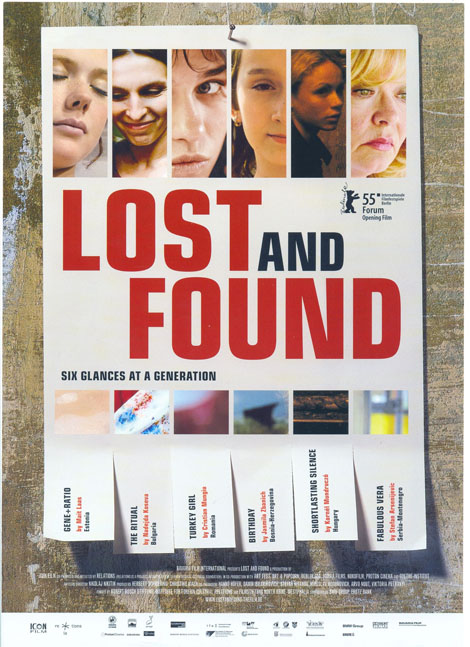