The opportunity to make some fast money by delivering a hot car moves Ana and Nicolae, a young couple from Romania, to take a bus from Bucharest to Vienna. After arriving they are told to be patient, their car is not ready yet. Ana wants to return, while Nicolae would rather forge on westward. Without any money, they are stuck in Vienna, and after a fight they split up which leads to encounters with various locals: Nicolae meets Dana, a 30-year-old travel agent who is full of life. Ana gets acquainted with Jan, a department store detective still suffering from the break-up with Rita, his ex-girlfriend across the hall. Martha, Jan’s equally apathetic roommate, keeps her head above water as a human crash test dummy. Later, when Ana and Nicolae meet up again, their relationship is bathed in a new light. 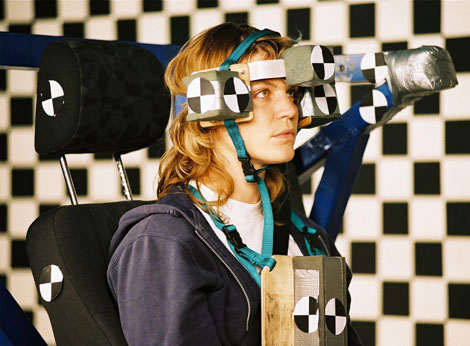 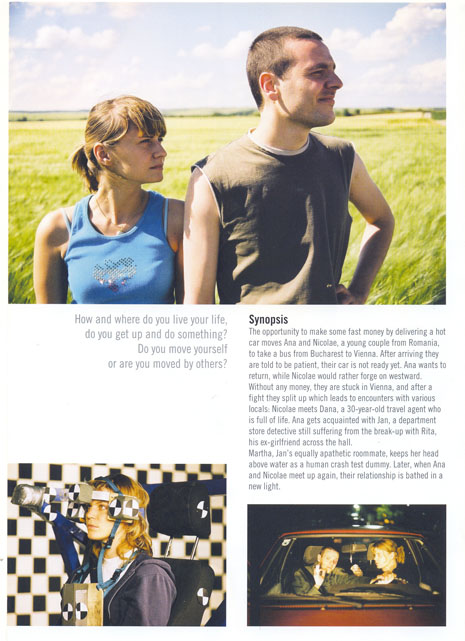